There are 0 item(s) in your cart
Subtotal: $ 0.00
View Cart
Check Out
All Departments
SELL

TAG Heuer continues to be one of the most innovative and successful watchmakers in the world. Just a few years ago in 2015, they introduced their first smartwatch, the TAG Heuer Connected. Two years later, the brand grew the smartwatch line with a second model. With a longstanding reputation for excellence, it’s clear that TAG Heuer has secured their place in watchmaking history.

TAG Heuer brand has built a reputation for its casual sports watches with racing DNA and their drive to constantly innovate and update their watch designs. However, before TAG Heuer, there was just Heuer. We take a look at the history of the brand and how the famous brand got started, as well as who wears TAG Heuer watches.

When TAG Heuer was just Heuer

When talking about the TAG Heuer History, you first have to talk about Heuer. Edouard Heuer first founded his namesake brand in 1860. In just a few short years, Heuer filed an impressive number of patents. In 1869, they secured the patent for a keyless, crown-operated winding system for pocket watches. In 1882, they patented the company’s first chronograph. Then, in 1887, they received one of their most notable patents for an oscillating pinion mechanism. Today, major watchmakers still use this technology. That same year, Edouard’s son Jules-Edouard joined the family business. Sadly, founder Edouard Heuer passed away five years later, in 1892.

ules-Edouard proudly carried on his father’s work. In 1895, the company filed yet another patent for its first water-resistant case. Then, in 1911, Heuer patented their first dashboard chronograph called Time of Trip. This patent is particularly notable because it sparked the longstanding relationship between Heuer and the automobile and airline industries. The company’s growth allowed for increased research and development, which ultimately led to their next big breakthrough. In 1916, Heuer released the Micrograph, the most accurate stopwatch at the time.

For the next few decades, the brand continued to focus on its close relationship with the automobile and airline industries. In the 1930s, they began producing chronographs specially designed for pilots. Then, in 1933, Heuer introduced another dashboard instrument for automobiles and planes: the Autavia. This clock featured a timer function and could run for an impressive eight days without being wound.

Featuring ultra-durable construction and a sharper-than-ever profile, the TAG Heuer Aquaracer Professional 200 is the ultimate tool watch for explorers. Wherever life takes you, from the highest summits to the big city.

With refined indexes and hands to better catch the light, the TAG Heuer Carrera is easy to read even at full speed. Parallel and elongated lugs that feel solid and sturdy on the wrist, and a metal crown for an elegant yet sporty feel.

If you’re interested in a TAG Heuer, chances are you’re looking for a watch with robust functionality. Every model in the TAG Heuer catalog has a few things in common. The brand created each watch for a specific purpose. In addition, they each have a laidback and sporty aesthetic that makes them equally stylish.

When the brand first introduced the Carrera, it designed it as a racing watch. That purpose is clear in its key feature: three subdials that show hours, minutes, and seconds. This makes it easy for the driver to tell the time. The Carrera is arguably TAG Heuer’s flagship model, and for good reason. It has a classic, clean design and sizing with versatile appeal. TAG Heuer calls Monaco a “contemporary classic.” It definitely makes a statement with its unique square case. If you appreciate bold, contemporary design, Monaco is worth considering.

The TAG Heuer Aquaracer takes a step away from the racing world. Its oversized luminescent hands and hour markers make it easy for divers to read underwater. The Aquaracer has plenty of useful functions and it comes in a variety of materials. Stainless steel is the most common. However, if you’re looking for something dressier, there’s a two-tone steel and gold option. The Link is another model that offers something a little different from the rest of the company’s line-up. Instead of a sport or tool watch, the Link is a dress watch. However, it has a slightly sportier design than the average dress watch, making it a great option for everyday wear.

The great thing about TAG Heuer watches is that they have a pretty universal appeal. Whether you’re looking for a watch for racing, diving, or just everyday wear, a TAG Heuer is a great option at an attainable price point. 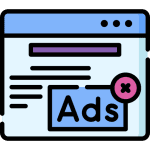 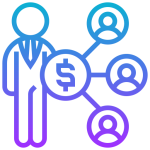 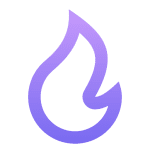 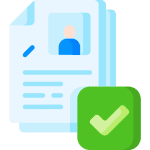 Refer a friend our web & get a surprise gift

Feel Free to Call Us & Get Best Support Service

Safer, faster and more secure way to pay online with